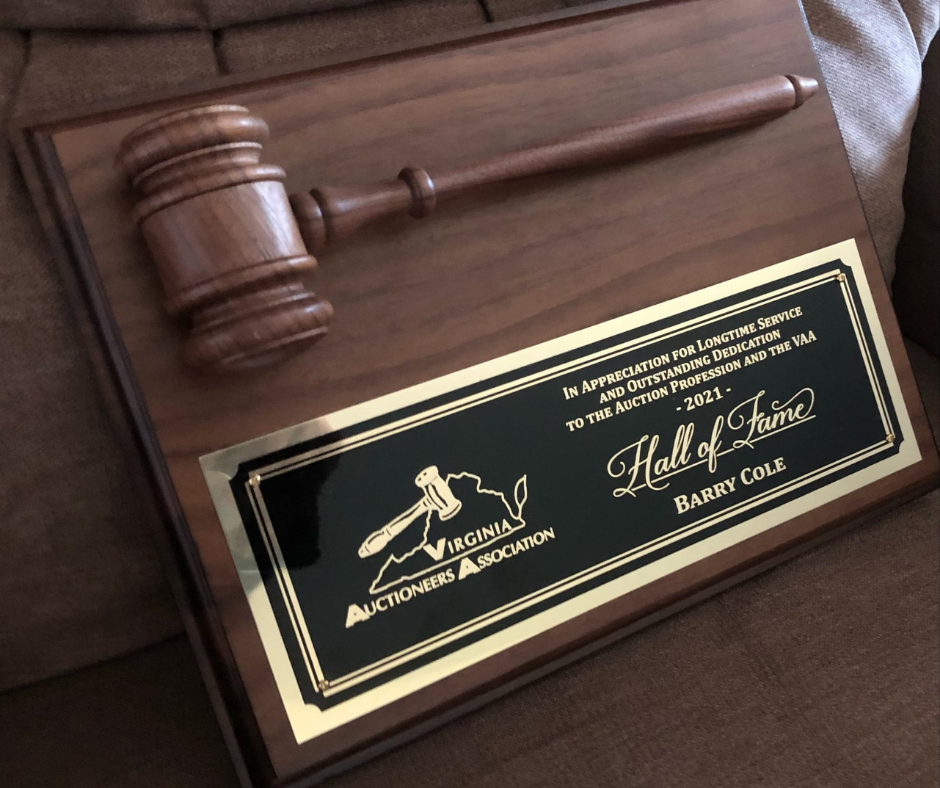 Congratulations Barry Cole for being inducted into the Virginia Auctioneers Association Hall of Fame!

Barry Cole, CAI, AARE, CES is the Broker & Auctioneer of United Country A.B. Cole & Associates in Suffolk, VA.  After graduating from Auction School in 1976, Barry spent the next several years working with other auctioneers and honing his skills. In 1984, he opened Cole Brothers Auction Company. His company merged with one of Southwest Virginia’s largest commercial real estate firms in 1991, with Barry taking the reins of the Commercial Auction Division.

In 1996, Barry founded A.B. Cole & Associates, a complete service auction company. Barry has been successfully auctioning everything from antiques to real estate and farm equipment for over 40 years.

Licensed in Virginia and North Carolina, Barry is a lifetime member of and heavily involved with the Virginia Auctioneers Association (VAA) He has held numerous leadership positions, including

When Barry found out he had been nominated, he was surprised, humbled, and thankful at being nominated by his peers and colleagues. His only sadness was that he didn’t get to share in the joy and celebration with Kathy, his late wife and also a member of the VAA Hall of Fame. Two generations of Coles have and do work in the family auction and real estate business, but it was Barry and Kathy who ventured out and started 46 years ago what is now A. B. Cole & Assoc.

Visit https://www.abcolerealty.com to view all of Barry Cole’s upcoming sales!