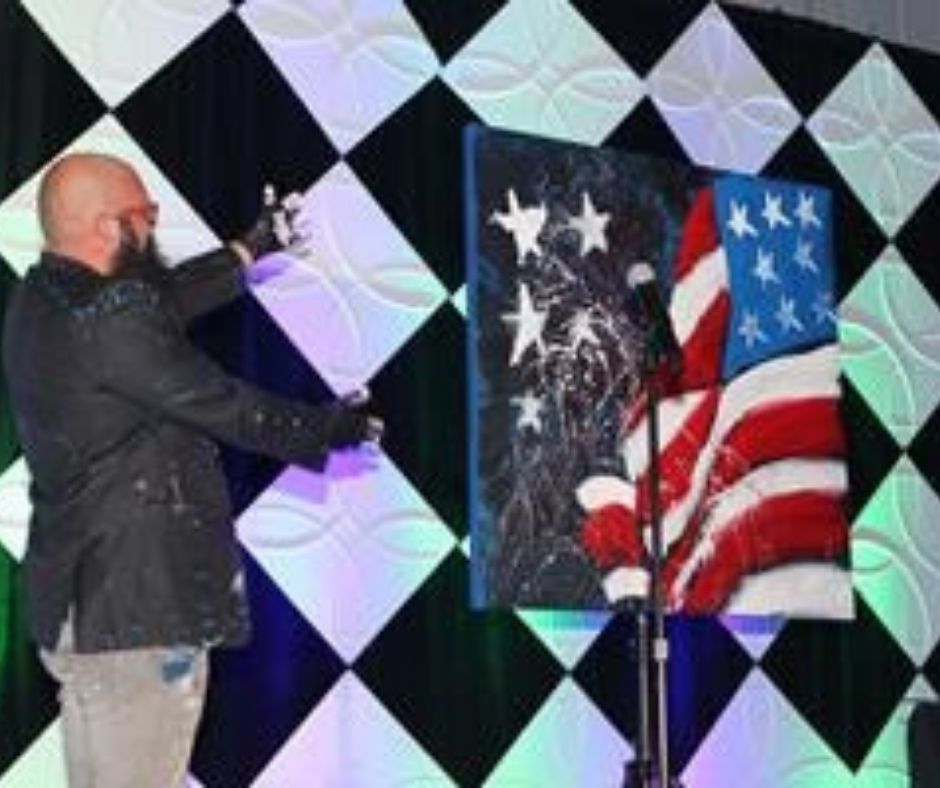 United Country Real Estate raised $24,000 for the Carrington Charitable Foundation during a live auction event at their annual Training and Awards Convention March 13. They hosted nationally known singer and painter Joe Everson, who has gone viral after singing the National Anthem while painting live-action artwork.

Everson performed live during the banquet portion of the convention, singing America the Beautiful while painting a patriotic portrait of the American Flag. He also brought along a painting he already made that represented all five branches of the military.

As the largest integrated group of traditional and auction real estate professionals nationwide, United Country had professional auctioneers on deck to conduct a live, on-the-spot auction for both of the paintings. There was a heated bidding war in the event, to which Everson offered to draw a third painting to auction. The three paintings generated $24,000 for the Carrington Foundation thanks to generous United Country affiliates. The money will help veterans with mobility, prosperity, stability and purpose.

“United Country auctioneers have a vested interest in utilizing their bid calling craft to support important charitable and philanthropic organizations,” said Shawn Terrel, president of United Country Auction Services. “The professional auction industry has a passion for the benefit and charity sector and our company is uniquely positioned to dramatically affect change in the world through our massive network of thousands of auctioneers and real estate brokers. As a military veteran and an auction industry leader, I am personally committed to leveraging our company’s auction expertise to raise both awareness and funding needed in support of important causes like our armed forces and those that have served this country.”