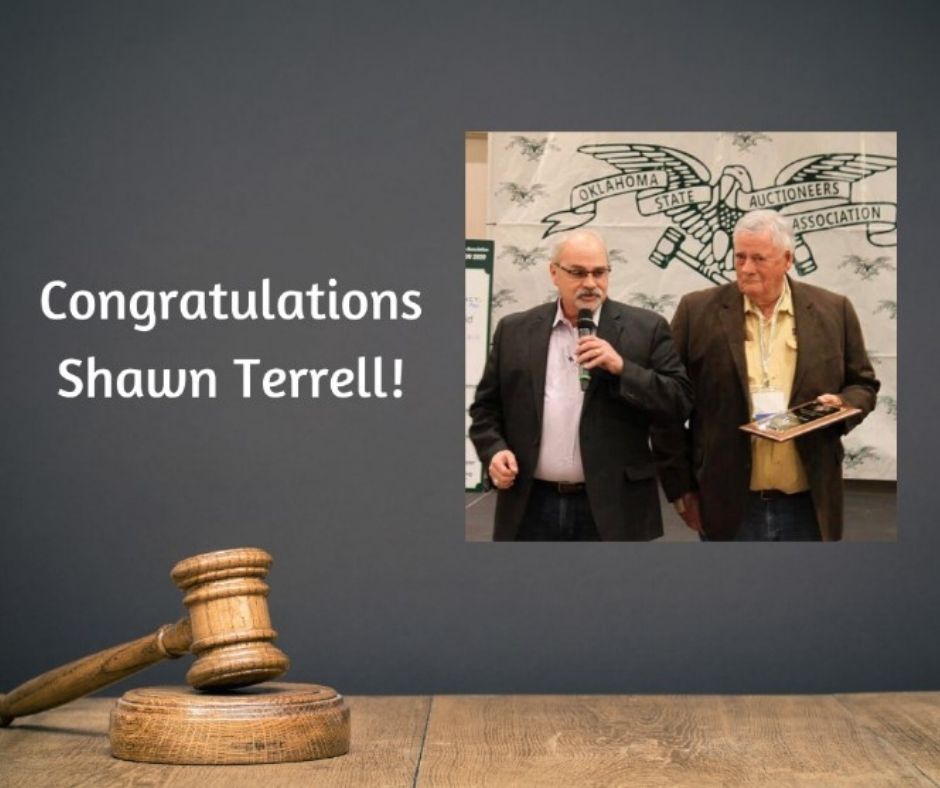 Shawn Terrel, president of United Country Auction Services and owner/broker of United Country Real Estate | Kansas City Auction and Realty, was recently inducted into the Oklahoma State Auctioneers Association Hall of Fame. The honor is given by a vote from fellow members of the OSAA.

Terrel is a veteran auction professional with nearly 30 years of experience and over 4,000 auctions under his belt. As the president of United Country Auction Services, he oversees the management and operations of the largest integrated real estate and auction company in the United States. He is a graduate of both the Missouri Auction School and the Texas Auction Academy and is an instructor for the Certified Auctioneers Institute (CAI) at Indiana University. Terrel said receiving the honor of being inducted in the hall of fame came as a complete surprise.

"The auctioneers on the hall of fame committee that are inducting you tend to have a lot of longevity and set the standard in the industry," said Terrel. "To be recognized by my peers in the auction business is a reward in itself.  It was a special moment to be presented the honor by two men I admire very much, auctioneer Leroy Hendren, and my long time mentor and a 50-year veteran auctioneer, Perry Wiggins. It was an emotional experience."

Terrel said he has been present for many other auctioneers who have been inducted into the hall of fame and didn’t know it was his turn until they started talking about his childhood and early parts of his auctioneer career.  Ultimately, he was happy to be surrounded by fellow members of OSAA, an organization he respects deeply.

“You have people you respect in the industry that are giving you accolades. It was a great moment,” said Terrel. “Being a member of your states auction organization is much more than who has the most auction sales, more importantly, it’s about people who have given back to the auction industry. We are seeing a lot of transition in the auction business. Within these state organizations, the education and networking are all becoming increasingly important to auctioneers and the auction industry as we move towards advancements in technology and new ways to conduct our business.”